Well we are nearly at the end of our time in London! Our days have been pretty packed which means at the end of each day we've been getting back to our room exhausted and pretty much gone straight to bed, which explains my lack of blogging so far. That and the dodgy wi-fi in our room.
On Sunday (our first full day in London) we decided to check out the Tower of London. This happened to coincide with the London marathon which meant our train in the morning was very full, but otherwise just meant we could hear the cheering all day. 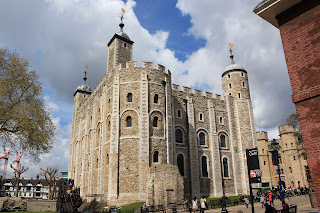 André and I got into the Tower on a two for one deal via daysoutguide.org.uk (I think- can't really check at the moment because I'm posting from André's phone). Basically you just show your national rail ticket with the two for one print-out to get the discount. At 19 pounds each this was an excellent discount. 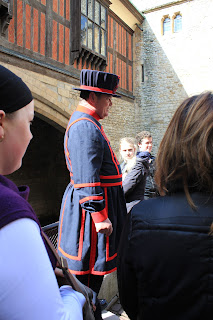 During our day at the tower we followed a Yeoman Warden's tour (we had Mark - very amusing fellow), had a tour of the tower itself, saw the crown jewels, and explored many of the other exhibits in the complex. I had no idea how large and elaborate it is. 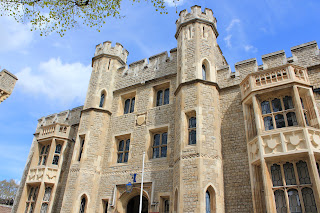 We spent most of the day there before heading to Tower Bridge in the late afternoon. Fortunately we had great weather all day seeing as a lot of the day was outdoors, except for a bit of drizzle between the tower and the bridge. 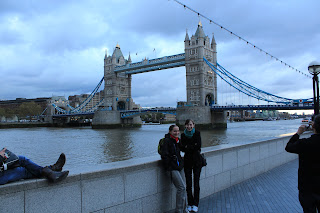 Monday was the Harry Potter Studio Tour. The day started a little stressful as we were running late for our ten o'clock timeslot, but it ended up not being a problem as they were happy to just let us in. I think the allocated timeslots are just to space out the arrivals and they don't really care if you arrive a bit late. 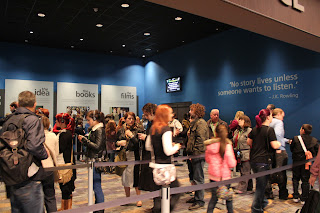 The tour was fantastic. Only the first little bit is guided, into the great hall (yes- the actual set they filmed on for ten years!), but after that it was all self paced. 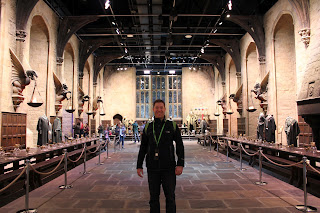 We saw many of the original sets that they filmed on- the great hall, the Burrow's kitchen, the Gryffindor common room and boys' dormitory, Umbrige's Ministry office, and, among others, Diagon Alley! We also saw costumes (including multiples of one of Harry's costumes, in various states of destruction), and props. 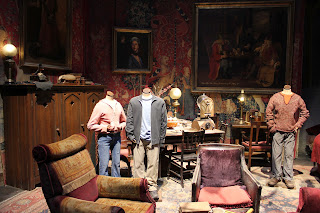 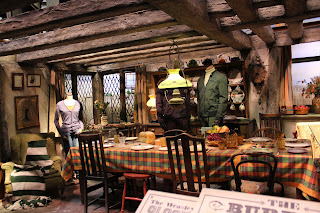 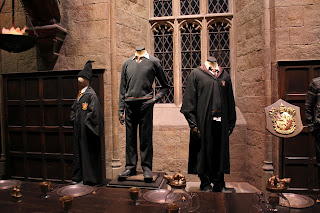 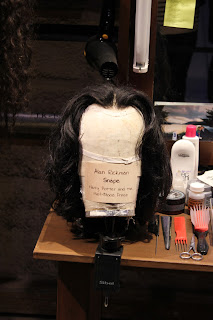 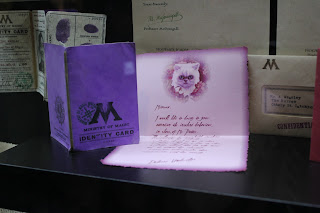 The second half of the tour focused on the technical side of things - blueprints from the art department, prosthetics, animatronics and last but certainly not least, an enormous model of Hogwarts which you've possibly seen online. The pictures online don't give a good impression of the size. It must be about 4 or 5 meters tall and around 7 or 8 metres across.

It's the actual model they used for filming (reconstructed in that room!). We spent the entire day there, before having a pub dinner that night.
Yesterday was sightseeing- Westminster Abbey, Houses of Parliament, the changing of the guard at Buckingham Palace (we really just watched each set of guards march down the streets to get a closeup view, rather than get half a view of the changing among hundreds of other people outside the gates), Covent garden markets, and had fish and chips at a cafe in Hyde Park for tea (where we watched squirrels! 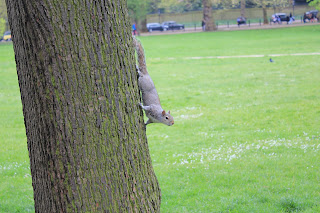 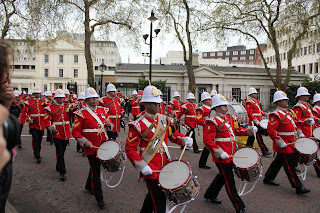 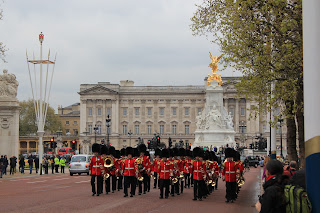 Today was very rainy so fortunately we had planned to spend the day in museums. Most of the day was at the British Museum, then later in the afternoon we saw the exhibits at the British library. Now we are off to find some dinner- it's 8 o'clock and would still be broad daylight except it's still very overcast. Hopefully it won't be so long before I can update again!

Below:  our  room in London and  André's  coq au vin  that he had for dinner in London one night. 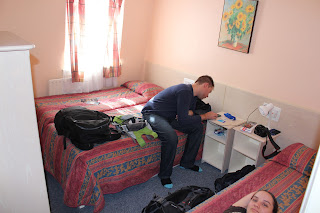 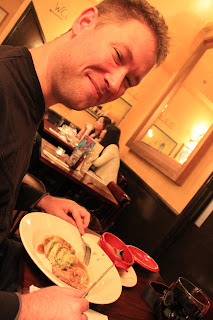 Posted by André The Hunter at 5:08 AM

Email ThisBlogThis!Share to TwitterShare to FacebookShare to Pinterest
Labels: London