Tonight is our fourth night in Paris - nearly the end if our stay here. It feels like it's gone faster than our time in London. That could be because our first full day in Paris was a very big one. We decided to start the day with a Sandeman's New Tour. Their general tours are free (they also offer specialised tours which they charge for) and the idea is you pay there guide what you think the tour was worth. As a result the guides put a lot of effort in, and the tour was a lot of fun. 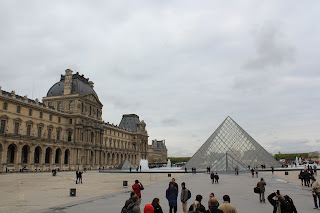 It's a three and a half hour walking tour, and we saw Notre Dame, the Eiffel Tower, the exterior of the Louvre, the Arc de Triomphe (from a distance), Place de la Concord (where many people including Marie Antoinette lost their heads), Champs Elysees, (possibly one of the most famous streets in the world), and many other historical bridges, squares, and execution sites. Our guide Jacqueline was a lot of fun, and also Australian. 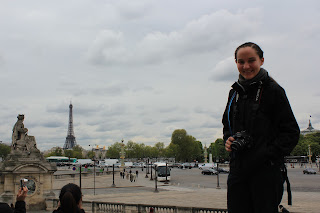 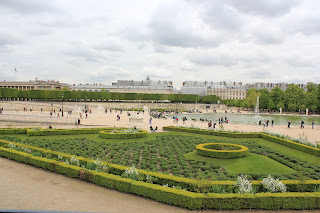 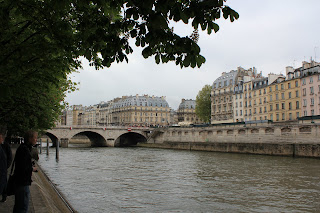 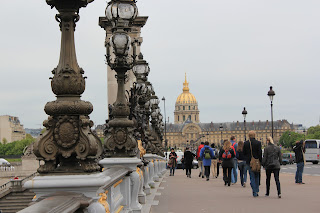 After the tour she took those of us who wanted to a nearby restaurant to try some traditional French food. I was happy with a hot chocolate, but Michelle and André had frogs legs and snails. 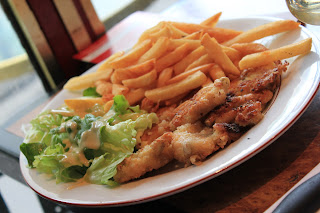 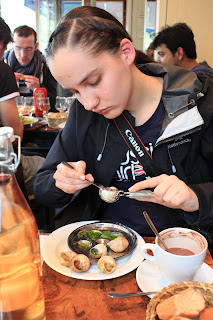 After most of the tour group broke up and went their separate ways, some of us decided to check out some of the other sights together. So we went to the Eiffel tower to get a close-up view, before checking out the Louvre. Pro tip - they no longer offer discounted entry after 6pm on Friday nights for over 25s. They do, however, still offer free entry for under 26s in that time slot. 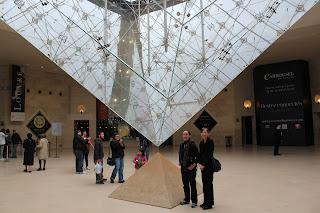 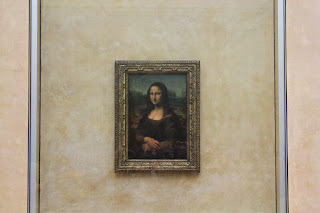 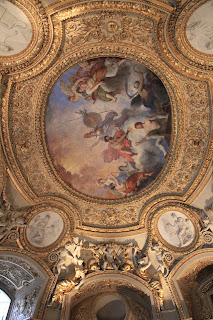 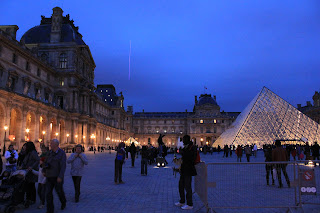 If you were full of energy and had the time you could definitely spend a whole day there. We were not full of energy and didn't have the time. So we found a McDonalds for tea (we had seen McBaguettes advertised that we decided we had to try - they weren't much good) at about 9:30pm. We finished the night watching the light display on the Eiffel Tower and didn't get back to our apartment till after midnight. Like I said, a big day! 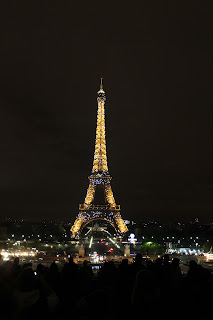 We are still recovering, (especially as I got a cold) so I will head off for bed now to cram as much in as possible tomorrow!
Posted by Leah at 7:53 AM